A Q&A With Nina MacLaughlin, Author of December’s #1 Indie Next List Pick

Indie booksellers across the country have chosen Wake, Siren: Ovid Resung by Nina MacLaughlin (FSG Originals) as their number-one pick for the December Indie Next List. 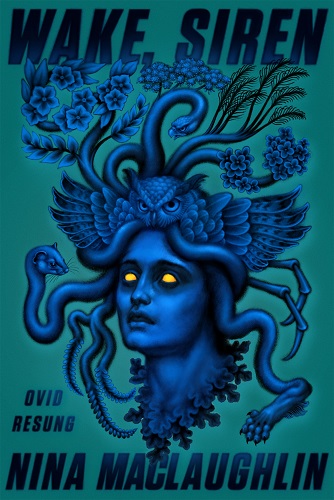 The seductresses, monsters, nymphs, and demi-goddesses that populate the famous myths of Ovid’s Metamorphoses are often fleeing rape or being transformed into monsters by angry gods. But in her new book, MacLaughlin re-tells these same tales of transformation in the voices of those transformed — Medusa, Arachne, Io, Sybil, Callisto, Scylla, Eurydice — speaking in cadences both mythic and modern. Wake, Siren reveals the violence that pervades Ovid’s narratives, illustrating another side to the stories that have served to perpetuate the distorted portrayal of women across centuries of art and literature.

“Wake, Siren: Ovid Resung has the power of a spell,” said Lisa Gozashti of Brookline Booksmith, in Brookline, Massachusetts. “Giving voice to the myriad women of Ovid’s Metamorphoses, where ‘what we have been today, we shall not be tomorrow,’ Nina MacLaughlin conjures into being a new female consciousness and a world where our innermost truths are sung and our power is real. On nearly every page of this gorgeously written book, I heard echoed for the first time the song of my own authentic voice; I felt myself remade, fortified, held. I am awed by this visionary work and the remarkable insight that made it possible.”

MacLaughlin is the author of the critically acclaimed memoir from 2016, Hammer Head: The Making of a Carpenter (W.W. Norton). Formerly an editor at The Boston Phoenix, she is currently a books columnist for The Boston Globe and has written for The Paris Review Daily, The Believer, the Los Angeles Review of Books, The Wall Street Journal, Bookslut, The Daily Beast, and more. MacLaughlin, who lives in Cambridge, Massachusetts, was recognized in Refinery29’s list of “21 New Authors You Need to Know.” 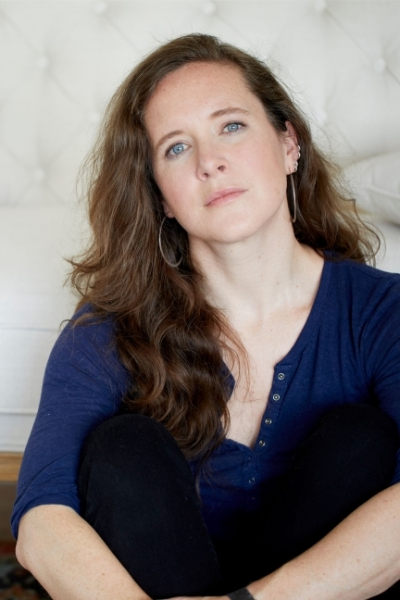 Here, Bookselling This Week and MacLaughlin discuss her new work, which received a starred review in Kirkus and was named “A Most Anticipated Book of 2019” by Lit Hub.

Bookselling This Week: Congratulations on indie booksellers choosing your book as the number-one title on the December 2019 Indie Next List!

Nina McLaughlin: Thank you! When I found out, I was literally sitting in my apartment pumping my fist, I was so thrilled. I feel so proud to be on this list. Bookstores make people’s lives better, I really believe it, and to be chosen by this crew of humans is a deep honor. I’ve lived in Cambridge for a thousand years at this point and I have my bookstores that I go to, and to have gotten to know the booksellers — it’s almost like walking into a bar and having the bartender know your order. To have a relationship with these bookstores and booksellers has really deepened my relationships to Cambridge, honestly. I’m an enormous fan of bookstores, particularly indie bookstores. I can’t really gush enough.

BTW: What role has Ovid's Metamorphoses played in your life?

NM: I majored in English and Classics in college, and I didn’t read the Metamorphoses in college. I had to read a little bit of it in high school, but I have no recollection of that. But when I was working on my first book. Hammer Head, I was doing revisions for the second draft and I was thinking that I wanted to read something that wasn’t going to interfere with the rhythms I had going, and wasn’t going to blur what I was trying to do in my actual writing. So I was like, oh, great, I’ll read this 12,000-line poem!  And it ended up becoming the backbone for that first book and having an enormous influence.

One of the ideas that Ovid drives home in the Metamorphoses is that all things change, this idea of ongoing transformation and the question of how do we make ourselves at home with change. I think when I was reading it for Hammer Head, the thing I was considering was what this transition has been like for me going from journalist to carpenter, in a very basic way: I had one job and then I had another job. And with this book I think the question is still the same: how do our experiences change us? How do we come out the other side of terrible events, altering events, violence, abuse? Just the question of how to exist within the ongoing change. It feels like a compelling question all the time to me.

Reading the Metamorphoses when I did was just kind of one of those reading experiences where I was so struck by how beautiful and alive and sensual and relevant the book was. And it became a book that I would sort of pick up and read as kind of like a place filler when other books weren’t landing; it became almost this sacred text in my life. And then, as I said in the author’s note, it was just sitting there on my coffee table, and one day I was like, ok, l’ll just pick this up and look. And the new project really just took off immediately. It felt so good writing these almost right away, and I had to keep going.

BTW: In Wake, Siren, how do you address this idea of existing within constant change that is present in Ovid?

NM: Looking at the transformations that take place and why they take place, when these women are transformed it’s usually for two reasons: either for protection so that they don’t get raped or as punishment. And being turned into a reed or a stone or a tree you may have been saved from something but you are also rendered voiceless. And so in some ways it felt like, ok, I’m giving voice to these figures who had their voices taken away. And so within the transformation, maybe it was better to be turned into a reed than to be raped by Pan. That is not a judgment I feel qualified to make, but the fact is that a reed can no longer speak or tell her own story. So that was what the idea was, but I wasn’t aware of it in the moment. This is kind of on reflection and thinking about it and having read it over a few times at this point.

BTW: Why do you think it’s important to envision history from a female perspective?

NM: When you think of these sorts of stories they are like the foundational stories in our lives, not just in Western civilization, but across cultures. They are these myths that we absorb into ourselves and they are typically told or written by men, men are the protagonists, and most often they have been translated by men. I think even when you think about it on a language level the way the act of rape has been translated for hundreds and hundreds of years in these texts is so euphemistic. The one that really gets me is when it is referred to as the female character “attained her love.” And so we hear these stories, we absorb these stories, and the language gets absorbed into the realm of myth, fairy tales, and folktales. And the story becomes sort of fogged, but what was really happening was an act of extraordinary violence. So the idea of giving perspective to the women against whom these acts were perpetrated was a balancing act in some way, in balancing the scales of perspective. There are just so many versions to a story, you know.

BTW: Were you interested in the classics or mythology when you were growing up?

NM: Yes, I was just thinking about this yesterday. We had that yellow-spined D’Aulaires’ Book of Greek Myths growing up — it’s on my shelf and I’m looking at it right now — and that feels like a real touchstone. I really vividly remember watching that movie Clash of the Titans. It’s a really old movie from the early ’80s and it’s the story of Perseus and Medusa and Pegasus and there is this mechanical owl and it’s just wild. I remember that being really exciting. And then when I was in high school I had a Latin teacher who also taught Greek and Roman Civ. and she was just this dynamo. I think that was when I really got into it, because of her.

BTW: Why did you decide to use both ancient language and modern, anachronistic language when writing these stories? Did it come naturally to vary the styles?

NM: When I was working on it what I would do is I would read a story and I would take notes and jot down the general plot points, and then I would go on these very long runs and I would just essentially listen to the voices and just try to hear what they were saying and how they were saying it. Some of them would come into my brain speaking very much how you and I would talk, and with others it felt more like they were speaking in that sort of ancient cadence and tone. And so it was like this act of listening as I was running along the streets of Cambridge. It’s actually kind of a mystery to myself, how that worked.

If you go through the Metamorphoses, there is a lot that is the same: a nymph gets chased by a god, it’s this same thing over and over again, so writing this was an act of really looking for the one or two details that de-generified the woman, like, for example, a white headband. To find the one tiny detail that differentiated her and then have that one detail blast a whole explosion of associations in my mind to make an individual, as opposed to these generic fleeing females.

BTW: Do you have a favorite story in the Metamorphoses? What is your favorite in your version?

NM: The Baucis and Philemon story in the Metamorphoses, which is about an older couple who let the gods into their home not knowing they were gods and they feed them, every time I read that story I start crying. It really deeply moves me. And it’s also one of the stories that is just beautiful. It’s about this tender lasting love. And for this book, I liked writing Thetis. She’s the one who changes into 100 different animals. I think I feel strongly about that one in part because in the myth she is the only one who changes her own shape. Plus it was super fun to think about all the animals, just writing the list and finding tiny little associations with each of them. That was a very pleasurable one to write.

BTW: Are you visiting many indie bookstores while on tour for this book?

NM: Yes, I’ll be visiting Harvard Book Store, McNally Jackson in Brooklyn, Brookline Booksmith, Water Street Books in Exeter, New Hampshire, Porter Square Books, Twenty Stories in Providence...I hope to visit more, I might see if there is some place in San Francisco that might like to do something. Right now it is mostly New England spots. A lot of these places were so kind and supportive when Hammer Head came out and so it does feel good to have those relationships go on and to return. It feels like you’re returning to these old friends. So I’m looking forward to that. Nervous, of course, and also really excited.