A Q&A With Wayétu Moore, Author of September’s #1 Indie Next List Pick

Indie booksellers have chosen Wayétu Moore’s debut novel, She Would Be King, to be released by Graywolf Press on September 11, as their number-one pick for the September Indie Next List. 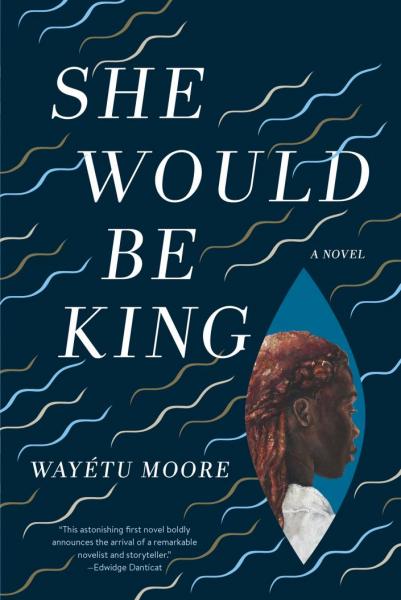 Exploring African history through the lens of magical realism, She Would Be King reimagines the formation of Liberia through three characters whose remarkable skills forge a bond between them: Gbessa, exiled from the West African village of Lai, has cheated death multiple times; June Dey, raised on a plantation in Virginia, is unusually strong; and Norman Aragon, the child of a white British colonizer and a Maroon slave from Jamaica, can disappear at will. When the three meet in the settlement of Monrovia, their gifts help them repair the tumultuous relationship between the African American settlers and the indigenous tribes as a new country forms around them.

“It’s hard to describe a novel as wholly original as She Would Be King. A retelling of the birth of Liberia through interconnected stories, the novel combines history, magic, and myth in one engrossing story,” said Morgan McComb, a bookseller at The Raven Book Store in Lawrence, Kansas. “Moore’s novel takes you from West Africa to the plantations of Virginia, from Jamaica to Liberia, weaving together the stories of three characters who yearn for power and true freedom. Guided by the ancient wind, all of Moore’s characters challenge and transcend the many faces of oppression, and the story’s profound culmination will leave you in awe. She Would Be King is the kind of novel that lingers with you for days. A must-read!” 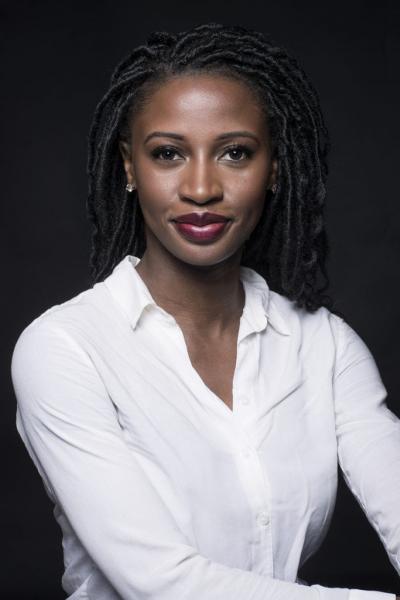 Moore, whose memoir is also forthcoming from Graywolf, is the founder of One Moore Book, a nonprofit organization that encourages reading among children of countries with low literacy rates by publishing culturally relevant books and creating spaces for reading in those communities. In 2015, she established One Moore Bookstore, which is entirely run by native Liberians, in Monrovia. Currently a Margaret Mead Fellow at Columbia University Teachers College and an Africana Studies lecturer at City University of New York’s John Jay College, Moore lives in Brooklyn, New York.

Here, Bookselling This Week speaks with Moore about her debut novel’s magical retelling of Liberia’s beginnings.

Bookselling This Week: Congratulations on indie booksellers naming your debut the number-one pick on the September Indie Next List! How does it feel?

Wayétu Moore: It’s really exciting. It’s all been pretty surreal. Initially there was anxiety and now I’m just in a state of shock and awe. I’ve been writing this book for a long time. It was my thesis, actually, at grad school in 2009. I finished the first draft that year and put it away for a few years and then picked it back up; it didn’t sell until December 2015 and it wasn’t coming out until three years after. They don’t prepare you for the experience of what happens when you give your book away. It just becomes something completely different. So it’s definitely been exciting and I’m still for sure adjusting to the emotions.

WM: I guess it’s more or less from my background. My family moved to America when I was five. We moved around quite a bit. We lived in Connecticut and Memphis and we settled in Texas when I was eight years old, so that’s where I spent my formative years. But Liberia, my heritage, was also always a huge part of me. Every summer we would spend with family in Texas, in Memphis, and in Minnesota, and then, of course, every time I went home I would get this drastic culture shock because outside of my home it was very suburban, very rural, and very white. So I think that that absence of not really finding my culture anywhere outside of my home was really loud and profound.

When I began to write and decided that I wanted to be an artist, Liberia was naturally the first place that I went to, and then magical realism, that genre, is also something I was raised with. When my mom and my grandmother told me stories growing up, it was never without someone disappearing or shapeshifting or doing some other supernatural thing, so the marriage of those two things was actually pretty organic when I began to write.

BTW: Did some of the structures and tropes you used come from traditional African folktales?

WM: The first story on the page before the book starts, of the woman beating her cat, is a three-sentence thing: there’s this old woman who beat her cat to death and it jumped on her roof right after its death, and the house fell down and she was inside. That one is definitely from folklore, and I state that in the beginning of the book, but other parts of it were original. I feel like they were obviously influenced by the stories I heard just in the cadence, but the story itself is original.

BTW: Does the spirit of the wind, which is heard throughout the book and embodies ancient wisdom, come from folklore as well, or was it more of a literary device you created?

The spirit of the wind/Charlotte [a slave from June Dey’s Virginia plantation who died] — her ubiquity pays homage to black female identity. I knew that I wanted the story to be told through an ancestor; I knew that I wanted that ancestor to be a woman and I wanted that woman to be someone who I could relate to, and also someone who Gbessa could relate to and could empathize with about what it’s like to be a black woman in today’s world, always negotiating your power in male-centric contexts. I felt like Charlotte was the best person to do that. The birth of the invisibility of black women: both being everywhere but nowhere at all.

BTW: Can you talk a little bit about the country of Liberia for readers who are unfamiliar with the basic details?

WM: Liberia in history is the result of a movement of black people from America and the Caribbean; it’s such an essential part of American history and African American history, but it’s actually missing from historical explorations of black identity from the early 20th century through Reconstruction. Going back to Africa was something that was fought for by some and opposed by others; the movement was revived in the 21st century with activists like Marcus Garvey. [The fact that it’s not often mentioned in history textbooks] is just shocking because I grew up in a household where my dad was always talking about Pan-Africanism and the value and potential of black mobilization internationally, which is what Liberia stood for at the time.

I wanted to write about a chapter of American history that I believe deserves consideration because of how profound a movement or how profound an experiment it was, that formally enslaved or free black people from America and the Caribbean could say, “You know what, we’re going home.” And then, of course, going there and having to navigate the massive challenges as well as the subtleties of creating a republic, which was especially challenging in a time when the imperialist powers were land-grabbing.

Whenever you read about Liberia, it’s about the war or Ebola, and if they do reference the history of Liberia it’s usually, “Oh yeah, these black people went back and they were so mean to the natives.” But that’s actually not the case, so it was important to me to make sure that there was a humanist lens to the story and the characters were real and they were complex, and good and evil were negotiated in a realistic way.

BTW: Who are some of your influences in the genre of magical realism? What do you like about this genre?

WM: At the top of the list would be Octavia Butler, Ben Okri, Toni Morrison (obviously Beloved, but she has inklings of magical realism in her other work), Isabel Allende, Salman Rushdie is a big one, and then, of course, Gabriel García Márquez.

I was chatting with a friend the other day about the recent rise in Africa-inspired fantasy in film and literature, with Black Panther and the upcoming book by Marlon James, Black Leopard, Red Wolf (Riverhead). With African and black diaspora fantasy and magical realism, I feel like black storytellers are returning to this very culturally authentic method of storytelling, and I believe that that is one of the reasons that Black Panther was so successful.

I’m so excited about the future of this genre and paying homage to people like Octavia Butler, Ben Okri, and others who have paved the way for a storytelling style that doesn’t marginalize our talents, our craft — that doesn’t put us in boxes and that allows us to explore literature and the written word in ways that are culturally true.