Registration continues for full-day and half-day bookstore tours and for the first-ever bookseller quidditch match, to take place at the seventh ABC Children’s Institute (Ci7), going on June 26–28 at the DoubleTree by Hilton Hotel Pittsburgh–Green Tree in Pittsburgh, Pennsylvania. 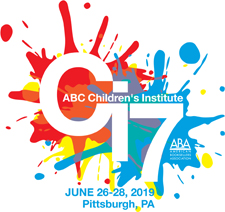 The bookstore tours, which are open to both booksellers and publishers, will be held on Wednesday, June 26, prior to Ci7’s First-Timer Orientation & Mentor-Mentee Meetup and the Welcome Reception and Costume Party at the DoubleTree Hotel. The Downtown Pittsburgh Full-day Bookstore Tour, which costs $30 per person, will depart from the hotel at 10:30 a.m. on Wednesday and will stop at Mystery Lovers Bookshop, Spark Books, City of Asylum, White Whale Bookstore, and Classic Lines Bookstore, which will feature a performance with Drag Queen Story Hour.

The North Pittsburgh Half-day Bookstore Tour, which costs $20 per person, departs from the hotel at 1:00 p.m. on Wednesday and will stop at Riverstone Books, The Tiny Bookstore, and Penguin Bookshop.

Booksellers and publishers may begin boarding the buses at the DoubleTree Hotel 15 minutes prior to the scheduled departure time; both buses will return to the hotel by 4:15 p.m.  Registration for the tours will close when they reach capacity; space is available on a first-come, first-served basis. Register for a full or half-day tour now.

This year’s event will also feature the first-ever institute quidditch match, where attendees can play alongside members of the Steel City Quidditch Club, an internationally recognized quidditch club team. Steel City players will be coaching booksellers in quidditch basics, and then get the players into a scrimmage.

Quidditch is a fully gender-inclusive sport and originally become popular due to its origin in the Harry Potter books and movies. While quidditch can be played for fun or competitively, Children’s Institute attendees will be taught the “middle school rules,” which means no full-body contact.

The game will be played on Wednesday, June 26, from 10:30 a.m. to 12:30 p.m. in the air-conditioned Sports Dome Meeting Room at the DoubleTree Hotel; players must bring appropriate clothing and shoes to play, though brooms will be provided.

Booksellers can register here to play quidditch. While the game does conflict with the full-day bookstore tour, booksellers who plan to watch or participate in the game will have enough time to attend the afternoon half-day tour if they would like.