Twenty titles have been selected for the Spring 2014 Indies Introduce promotion — 10 adult Debut Author picks and 10 children’s New Voices, all chosen by booksellers as the best in new talent for the upcoming season.

“We spent a lot of time trying to be fair and include books that we believe reflected the best of what was submitted,” said Michele Filgate, events coordinator at The Community Bookstore in Brooklyn, New York, and a committee member for the adult books list. “We also really tried to include different styles: short stories, novels, nonfiction, memoirs, essays. I think we have something for everyone on this list.”

Stores must sign up by October 25 in order to take advantage of publishers’ offers. Booksellers can find out more about the offers and see panelist reviews on the sign-up page. (A BookWeb user name and password are required to access this page.)

Edelweiss will also be posting the list of Indies Introduce titles on Friday for convenient ordering. Promotion codes for some titles are currently being added to the signup page. 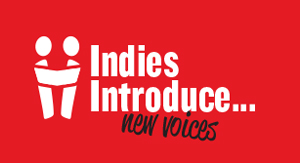 “I encourage every store to participate in this promotion. With these books on your list, you will definitely see your sales in this category grow. The second reason we want you to join in is that we want to confirm to publishers what we’ve known for a long time — indies can and do move the needle on new titles, and we are an undeniable force in launching debut authors,” said Valerie Koehler, owner of Blue Willow Bookshop in Houston, Texas, and chair of the children’s books panel.

To participate, bookstores must agree to select a minimum of eight titles to feature in in-store displays, in newsletters, on their websites, and via social media. All titles will publish between January and May 2014.

Booksellers can find downloadable marketing materials for use in the Bookseller DIY, with new items to be added as the books publish.

The Indies Introduce promotion was inspired by the relationship between independent booksellers and debuting authors: booksellers seek new voices to offer their customers and debuting authors look for readers. The panelists, who come from bookstores across the country, have sifted through dozens of books submitted by publishers in order to find the best voices of the spring season.

“I was really heartened to know that we picked a couple of books that are very good but might not have received recognition outside this panel,” said Sara Hines, who served as a children’s book panelist and is the marketing and events coordinator for Eight Cousins Bookstore in Falmouth, Massachusetts. “I appreciate that the panel is willing to endorse books that don’t have a big mass appeal but are very well written.” 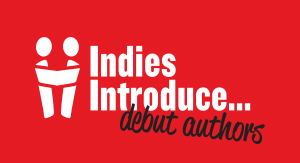 The Indies Introduce program complements booksellers’ efforts to make the best titles available to their customers, said Kelly Estep, manager at Carmichael’s Bookstore in Louisville, Kentucky, and adult committee panelist. “We can’t all read everything. There are books I will recommend even if I haven’t read them, because my colleagues did. That’s a good recommendation for me in itself — that a fellow indie bookseller felt passionately about it.”

Booksellers contributing to the spring 2014 list of Indies Introduce titles are: