Magination Press, based in Washington, D.C., is the American Psychological Association’s (APA) children’s book imprint. As part of its mission, the press combines the power of psychology and literature to share with the world mental health expertise and psychological knowledge and, the press says, its books reach young readers and their parents and caregivers to make navigating life’s challenges easier.

Bookselling This Week spoke with Editorial Director Kristine Enderle and Marketing Director Jason Wells about Magination’s history and standing as an APA imprint as well as some of the titles they’re most excited to release.

Enderle told BTW that the press publishes books on social and emotional learning, as well as books centered on mental health and wellness. These categories in particular have been expanding by leaps and bounds, both in staff and resources, she added, and the press’ reach into the market and the number of titles it produces every year is also growing.

Many of Magination’s books are written by psychologists, Enderle noted, and allow APA to raise awareness about mental health issues, to help serve a greater societal need, to show the power of psychology, and to be a voice for historically marginalized groups. “We’re really pushing out and expanding our growth in that way,” she said. 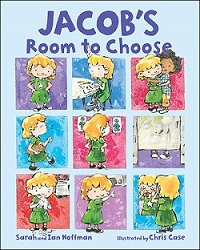 Now approaching its 20th year as an imprint of the APA, Enderle said, the press has begun to mature and focus, moving away from the “didactic biblio-therapy model to books that are accessible for kids and can really help kids help themselves.”

Wells told BTW that the press’ identity category features some of its most popular backlist and frontlist titles. Some of Magination’s most well-known titles include Jacob’s Room to Choose by Sarah and Ian Hoffman, illustrated by Chris Case, which explores gender expression, and Rainbow: A First Book of Pride, written by Michael Genhart and illustrated by Anne Passchier.

Wells said that the popularity of the identity category began with a book by Gayle E. Pitman, PhD, called This Day in June, which won the 2015 ALA Stonewall Award and has made an appearances on the ALA Banned Books List.

“That was a groundbreaking book,” Enderle noted. “It really put us on this course.” 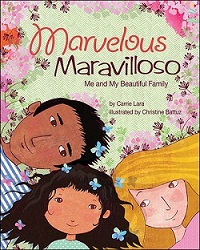 Another book that touches on topics of identity is Marvelous Maravilloso: Me and My Beautiful Family by Carrie Lara, PsyD, and illustrated by Christine Battuz, which is, Wells said, a book about a girl celebrating her biracial family.

Magination also has books on emotions and anxiety, Enderle added, including the backlist bestseller My Anxious Mind: A Teen’s Guide to Managing Anxiety and Panic, written by Michael A. Tompkins, PhD, and Katherine A. Martinez, PsyD, and illustrated by Michael Sloan.

Wells shared that another category the press sells into is mindfulness and anxiety. The press’ Bentley Bee series includes Bee Calm: The Buzz on Yoga and Bee Still: An Invitation to Meditation, written by Frank J. Sileo, PhD, and illustrated by Claire Keay. Said Wells, “These books are meant to help kids calm down in a busy world.”

Something Happened in Our Town: A Child’s Story About Racial Injustice by Marianne Celano, PhD, ABPP; Marietta Collins, PhD; and Ann Hazzard, PhD, ABPP; and illustrated by Jennifer Zivoin shows Magination’s strength in social justice topics, Wells added, and continues to be a backlist bestseller for the press.

In addition to the children’s list, Wells said that APA has a strong scholarly and academic program and one of the bestselling books every year is the Publication Manual of the American Psychological Association, which aids academic writers. As such, writing is an important part of the APA, he noted, and the press will always offer writing books to help kids develop their writing skills such as Neon Words: 10 Brilliant Ways to Light Up Your Writing by Marge Pellegrino and Kay Sather.

Writing and journaling are important tools for self-discovery, Enderle said, as they are “a path to self-expression and self-identity.” She added that Magination has a writing/journaling book called How Do You Doodle?: Drawing My Feelings and Emotions by Elise Gravel, which is an exploration of writing for younger children.

On deck for this fall is Trans+: Love, Sex, Romance, and Being You, written by Karen Rayne, PhD, and Kathryn Gonzales, MBA, and illustrated by Anne Passchier and Nyk Rayne, which Enderle is particularly excited about. The book is an all-inclusive, uncensored guide for teens who are transgender, nonbinary, gender-nonconforming, gender-fluid, or curious about their gender identity or expression. 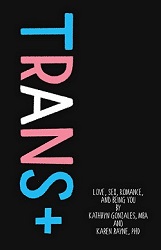 The press also has its first-ever Halloween title coming out, Wells added, called Snitchy Witch, written by Frank J. Sileo, PhD, and illustrated by MacKenzie Haley, in which a witch learns when to snitch and when not to. “It’s very commercial and we priced it competitively,” he said.

One of Magination’s biggest titles for the fall is Camilla, Cartographer, written by Julie Dillemuth, a geographer, and illustrated by Laura Wood, about a wild boar named Camilla who, after waking up to a blanket of snow that covers all the trails around her house and the forest, must help her neighbor find a new path to the creek.

“We have a small developing line of psychologically science-focused groups,” Enderle said, “and this one introduces map-making…[Camilla] has to tap into all of her higher-level spatial awareness and spatial cognition skills to figure out how to get around.”

Wells told BTW that the press is also excited about its Once Upon a Garden series, which will feature four books. 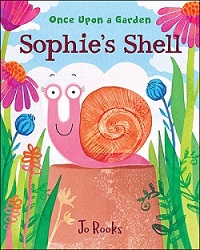 The first two books, Enderle said, will come out this fall and are both written and illustrated by Jo Rooks. “[She’s] created this delightful little universe of bug characters,” she said. “The first book is Sophie’s Shell, about a little snail who is very shy, and by the name of the title, you realize she comes out of her shell at the end of the book with the help of her friends in school.”

These titles are derivative of another book that Rook wrote for Magination last year, Enderle added, called Hector’s Home. The book featured another cute little snail, she said, and Magination decided to develop a whole series around him. The next books in the series will feature a dung beetle and a ladybug.

Wells noted that the philosophy with the list going forward is that Magination wants to publish in its core competencies, but also make some books more relatable to a general audience. “A series like this is really meant to go widely into bookstores,” he said.

Enderle added, the psychological content, accuracy, and relevancy is there. “It’s just in the background,” she said, “It’s fun, it’s accessible, and it’s super appealing, so you’re learning something without knowing it.”

Wells added that Magination’s books are unique in the market because they “essentially have the APA seal of approval.” Before titles are acquired, they go through an editorial advisory board of child psychologists that gives feedback on the appropriateness and relevance to child development of each work they read.

“That adds an enormous amount of value,” Enderle said, noting that accuracy is evaluated even down to the expressions on the characters’ faces.

“A lot of our books are evidence-based, which means there is loads and loads of research behind whatever we’re saying,” she added. “It can be a little tricky sometimes, editorially, to write a good story and then also make it scientifically sound. Now, it’s really shining. We set our stride with that type of combination of work.”

It’s important to Magination, Enderle said, that whether the writer is a psychologist or not, their work goes through the press’ internal vetting process. If it’s appropriate for a topic, she added, the press might work with an in-house department, such as the Children, Youth and Families Office; the Office on Sexual Orientation and Gender Diversity; or the Office of Ethnic Minority Affairs.

“We have a duty to make it accurate and right,” she said, noting that everything the press publishes is an official publication of the American Psychological Association. “We want to make sure [children] get accurate and appropriate information.”

To create these books, Magination frequently works with authors who are also APA members, many of whom know the press and have used its books in clinical practice. Magination also has school counselors who use Magination titles in their work and who write for the press as well. For certain topics, Enderle said that she’ll also solicit authors.

“We’re growing. We work with a lot of agents who know the kind of books we publish. We get the slush pile, too — sometimes there’s a gem in there,” she said.

“Within the APA’s scholarly publishing operation, Magination is really trying to fit on bookshelves in libraries and bookstores, like every other children’s book published. We’re hoping that booksellers will embrace the content that we offer and have a chance to see it in a whole new way.”

Magination is also working to better connect with booksellers who might be interested in their titles by using technology. The press regularly updates its backlist’s metadata, so booksellers can easily find books, Wells said. In addition to that, the press will be adding a wide array of subject-based Edelweiss catalogs, he said, so that booksellers who need a specific topic can find Magination titles and get them for their customers. “Our biggest technological leap,” Wells said, “is really utilizing as best we can the platforms booksellers use to find books.”

Editorially, Enderle said, Magination is looking to expand into psychological science, which would include encyclopedic-style books on the theories of psychology, psych 101, and brain science, all aimed at children.

Magination is also trying to connect with indie booksellers in person. In January, the press attended Winter Institute 2019 in New Mexico, and this past May, the press exhibited at BookExpo 2019. The press will also attend the 2019 Children’s Institute in Pittsburgh at the end of this month.

Press staffers also make an effort to visit independent bookstores wherever possible, Wells added. “We’re really proud to be based in D.C., There’s a renaissance of independent bookselling happening here, and that makes us really happy.”

Magination also does targeted mailings to booksellers, so they have a chance to see the press’ books up close, Wells said. “We’re really just trying to get everyone to know us in a whole new way,” he added.

“We’re small, and we’re growing, and we’re figuring out a lot of things,” Enderle said. “Parents are really looking for books on our topics and ways to help our kids, so we’ve been able to fulfill that need. I’ve worked at APA for Magination for 10 years and I’ve seen more and more of a comfort — people are comfortable coming to us and saying ‘I have this problem. I need a book on this.’”

“I think that’s really important,” she added. “We really are the ones that are positioned well and poised to get that information out there for the market. It’s been fun watching that development over the last five or six years.”