CBS News reported that business is booming at indie bookstores around the country.

Next City reported that black-owned bookstores in the United States, such as Uncle Bobbie’s Coffee & Books and MahoganyBooks, are making a comeback.

Kimberly Batson and Alison Frenzel are planning to open Fabled Bookshop and Café in Waco, Texas. 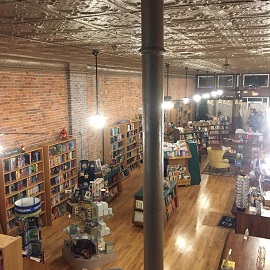 An inside look at Prairie Fox Books.

The Center for Art and Inspiration, which is opening its doors in February in Hendersonville, North Carolina, will feature a Malaprop’s Bookstore pop-up shop.

Galaxy Bookshop in Hardwick, Vermont, is celebrating its 30th birthday this week, which will end with a party on December 1.

Bards Alley in Vienna, Virginia, announced on Twitter that it won the Town of Vienna’s holiday window decorating contest. 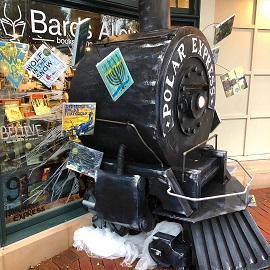 Publishers Weekly spoke with several ABA member stores about how they are balancing politics and business, including BookPeople, Anderson’s Books, Everyone’s Books, and more.