As 2018 draws to a close, the Book Industry Charitable (Binc) Foundation is aiming to raise $20,000 in donations as part of its annual year-end fundraising campaign, a goal amount that would help at least 10 booksellers and their families. This year, the foundation’s board is also offering a donation match of up to $5,000. 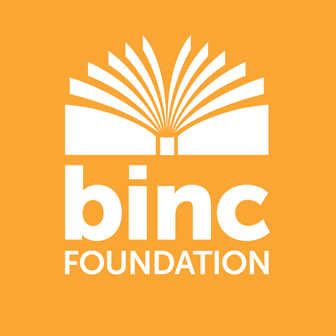 The drive, which began on November 27, Giving Tuesday, is raising money for booksellers and their families in need, many of whom were impacted by the 2018 wildfires in Northern and Southern California and this year’s devastating hurricanes in North Carolina, South Carolina, and Florida. According to Binc, the campaign has raised $14,961 so far.

In a recent testimonial, Anne Driscoll, owner of Branches Books & Gifts in Oakhurst, California, wrote that Binc’s assistance has helped her store begin to recover from this summer’s Ferguson Fire, which burned through around 97,000 acres of land outside of Yosemite National Park.

“Since opening a small bookstore in the Sierras (30 minutes from Yosemite) five years ago, we have dealt with numerous natural disasters — fires, mainly, bark beetles, and mudslides,” she wrote. “This past summer, the Ferguson Fire closed Yosemite and burned for nearly five weeks. Our area suffered a loss in the tens of millions. While we did not suffer any property loss or wages (my husband worked overtime to pay our staff), we did suffer huge income loss.”

Driscoll continued: “I read about Binc in Publishers Weekly and as a member of the American Booksellers Association, I had knowledge of the organization, but never thought we would qualify. I sent an inquiry on a Tuesday and had an answer and funds to assist me in paying for rent and utilities by Friday. I cannot express how this has helped my store and me personally. I have room to breathe and begin getting back on my feet due to their understanding and generosity. I’m not sure we would have made it past November had it not been for their assistance.”

“I have no words good enough to express my gratitude,” she added. “You have made a difference in my life and in the lives of many others, and you are appreciated.”

To donate to Binc’s year-end campaign, visit the foundation’s website. Recent major gifts to the campaign have come from Ingram Content Group and Sourcebooks; other organizations interested in supporting Binc can contact Director of Development Kathy Bartson at (734) 471-0201 or kathy@bincfoundation.org.

Looking toward next year, Binc is also working on organizing a heads-or-tails fundraising game for attendees of Winter Institute 2019 in Albuquerque; as with previous fundraisers held at ABA events, all proceeds will go to Binc to benefit booksellers in need.

During Winter Institute in January, booksellers and other attendees can purchase one chance to play (in the form of a festive, blinking pin) for $20, and two chances to play (two blinkies) for $35. The game will begin at 6:30 p.m. on Friday, January 25, during the Wi14 closing reception and author signing; the winner will receive $500.