Booksellers have named the debut YA novel by Will Walton, a 23-year-old bookseller at Avid Bookshop in Athens, Georgia, one of the 2015 Summer Kids’ Indie Next List’s top reads for teens. 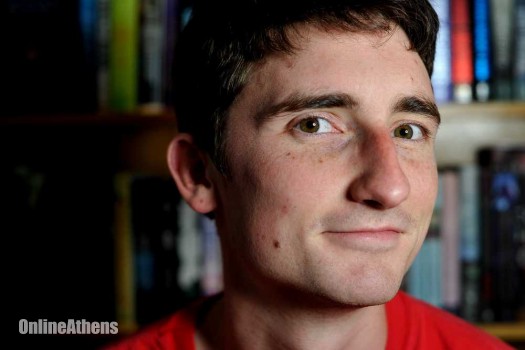 Rachel Watkins, Walton’s co-worker, praised the gay-themed novel Anything Could Happen (Push, May 26), writing, “The reason books like this need to be written is to remind us that everyone deserves to be loved unconditionally. The character of Tretch is your brother, your son, your favorite co-worker, your nephew. He is one of the most kind, true, genuine teenage boys you’ll ever meet. It takes great courage to be honest, and Walton’s main character realizes that being truly honest opens you up to being loved.”

Walton’s book is an ultimately optimistic tale set in a small rural town that tells the story of 15-year-old Tretch Farm and his unrequited love for his straight best friend, Matt Gooby, all taking place over one winter break.

“I definitely wrote it for the 15-year-old like me because I lived in a pretty conservative environment and I’m from a small town in Georgia,” said Walton, who has been a bookseller at Avid for two years. “I consciously made the book really hopeful for that reason. I think it was definitely written for the reader who would have been like me growing up.”

Walton actually started out at Avid volunteering as a co-moderator for the store’s young people’s book club. Working with the group of bright 12- and 13-year-olds inspired him to gear his novel-in-progress toward youth, he said. 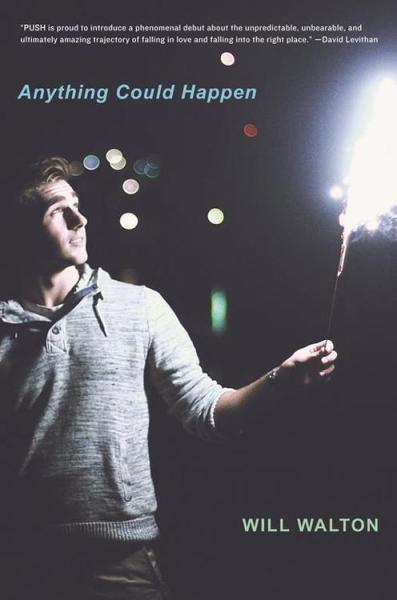 Walton, who graduated from the University of Georgia in December with a BA in English specializing in creative writing, said he started working on Anything Could Happen during his junior year of college while he was going through some personal problems.

“I was taking creative writing classes, and I was writing a bunch of sad short stories. And then I just took a break to write something happy, and it coincided pretty dead-on with me starting to co-moderate the book club,” he said. “Being with them kind of reminded me what it was like to be a reader at a young age and discovering books for the first time.”

Currently, Walton said he is catching up on sleep after returning from a six-stop “Openly YA” tour, visiting bookstores across the Northeast.

The tour has been organized for two years by acclaimed YA author David Levithan, who is also the editorial director at Scholastic and founder of Push, the imprint that published Walton’s book. This year, the tour also featured YA authors Bill Kongisberg (The Porcupine of Truth, Arthur A. Levine Books) and Adam Silvera (More Happy Than Not, Soho Teen), both of whom also made the Summer Kids’ Indie Next List.

Levithan is at the heart of the serendipitous story of how Walton became a published author: In 2013, a friend and co-worker met Levithan at the Decatur Book Festival in Decatur, Georgia, where he casually suggested he read Walton’s recently completed manuscript. In short order, Levithan asked Walton for a copy, read it over that Labor Day weekend, and on Monday, told him Push would publish it.

Growing up, Walton said, among his favorite gay YA titles was Levithan’s Boy Meets Boy (Knopf) as well as other positive books, such as What They Always Tell Us by Martin Wilson (Delacorte Books for Young Readers). These works influenced the optimistic tone of his current book, he said. “There were some really great [gay] young adult books back then, and even some that dealt with small towns and relationships,” he said.

Both of these books are unflinching but hopeful, unlike many of the early “pretty dismal” books geared toward gay teen readers that implied that “if you were gay, your life was going to suck,” Walton said.

“There is a little bit of criticism about [Anything Could Happen] because the book is so ‘happy,’” Walton said. “I think certain readers have felt it was almost, in some ways, inauthentic, but really I don’t think that’s true.”

“I know people deal with situations differently, but I know that for me, anything that I read at that time — like Boy Meets Boy — that was going to say anything hopeful to me at that period in my life was what I clung to,” he said.

Copies of Anything Could Happen can be found in the June White Box mailing, to arrive in bookstores later this month.