Indie booksellers nationwide have chosen Elizabeth Acevedo’s With the Fire on High (HarperTeen) as the Summer 2019 Kids’ Indie Next List top pick. 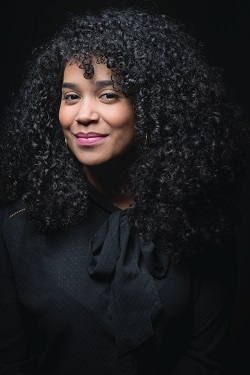 With the Fire on High follows Emoni Santiago, a high school senior who, with the help of her abuela, must balance taking care of her two-year-old daughter, Emma, with her school work, a part-time job, and her passion for experimenting in the kitchen. Emoni knows she needs to use this year to figure out what she wants to do after high school, so when a new culinary arts elective is offered, Emoni finds a way to work it into her packed schedule, despite the fact that it includes a mandatory trip abroad that she cannot afford. Emoni’s story is one of finding one’s true passion, self-discovery, and what it means to be a parent at any age.

“The only word I can use to properly describe this book is ‘delicious,’” said Emelie Burl of Hickory Stick Bookshop in Washington Depot, Connecticut. “I first fell in love with Acevedo’s poetry in The Poet X, and now I’m even more in love with her prose in With the Fire on High. This gorgeously relatable story of a teen mom who dreams of life as a chef will rip your heart out, season it, fry it up, and serve it back to you in the tastiest of ways. My only warning is this: Do not read it while hungry.”

Here, Bookselling This Week talks with Acevedo about motherhood and family dynamics.

Elizabeth Acevedo: I grew up in a neighborhood with a lot of young mothers. My mom was a childcare provider for over twenty years, and the majority of the children she worked with had teen/young moms. I watched how she interacted with those parents with respect and dignity, and I saw how those parents went to school, worked, picked up their kids, dropped them off early, called during the day to check in, etc. As a teacher I worked with teen mothers and saw the same thing: young people making it work. It seemed to me that there were few stories that handled the subject matter of a teen parent who lives a full life and also loves and takes good care of their child. I’m also someone who loves the Food Network channel and I’m always searching for a cooking competition on Netflix. When I fused those two elements into this story, Emoni Santiago began talking in my ear.

BTW: How did you create Emoni’s character?

EA: I don't want to sound mystical, but Emoni’s character really did arrive one day. She began telling me about her name and her daughter’s name. And from there it was an uncovering. I knew she was facing self-doubt and shame, and the rest was figuring out how she would confront those things and what lessons she needed to learn to lean into her dreams.

BTW: This book is set in Philadelphia and Spain, with mentions of Puerto Rico and North Carolina. How and why did you choose to incorporate these places?

EA: I picked places that I know well, and have been to, but that aren’t often settings in children’s literature. Philadelphia was always going to be Emoni’s home because I wanted her to grow up somewhere other than New York City, and Philadelphia has the largest concentration of Puerto Ricans outside of the island. It made sense to place her in the PR mecca. Spain was the first place I ever traveled to other than the Dominican Republic. I remember the cognitive dissonance of being somewhere that had such a connection to my people’s island, but also so much that was unfamiliar and that brought up complex questions for me. I thought a kid like Emoni could grapple with some of those questions. Puerto Rico and North Carolina are the places Emoni descends from but doesn’t know. My husband’s family is from North Carolina, and I’ve learned so much about the history of this country as it pertains to the lived history in the South by talking with his family and reading more about North Carolina. Puerto Rico was the first place my mother lived and worked when she got American residency, and making Emoni of that descent felt right with the story, even though it meant I had to do a good amount of research and learn more about an ethnicity different than my own.

BTW: A central question of this book concerns family and what it means to be a mother, not only for Emoni, but for ’Buela as well, as she raises Emoni and helps her to raise her daughter, Emma. Where did the idea for ’Buela’s character come from? How did you craft this family dynamic? 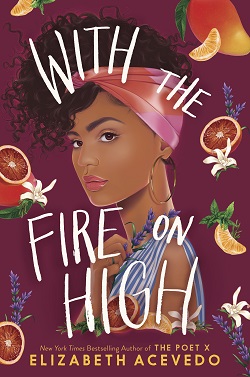 EA: I come from a place where generations of women live together, parent together, and support one another. It was not uncommon for me growing up to know that the family upstairs had a grandmother, mother, and a young mother with a daughter in the house, and they shared the responsibility of caring for the youngest members. It wasn’t uncommon for an elder to come from Dominican Republic, or Ecuador, or Ghana, and move in with the family. And it also wasn’t uncommon to see really young children being raised by the family member who was in the best position to do so, often the matriarch. ’Buela is that matriarch. She is the person who steps in for Emoni when no one else does. I wanted strong bonds between women, I wanted to show different levels of sacrifice, I wanted to contemplate joy, and how it takes a village, and older women’s fulfilment, and boundaries, and ’Buela allowed me to shape a character who could present and muddy all those questions.

BTW: There’s been a push in young adult literature to encourage and depict healthy female friendships like the one between Emoni and Angelica. What went into crafting their relationship?

EA: Yes, there has been and I’m glad for it! The Mean Girl/Bitch best friend archetype is an easy one to fall into, because it’s so familiar, and I’m glad folks are starting to complicate it. I wanted a friendship that pushed Emoni to be brave and to question what was possible, while also depicting Angelica, a queer black girl who is brilliant and self-assured. Any drama here is between Emoni and the comparisons she makes between herself and others, but also the profound belief she has that Angelica has her back. And on the reverse, Emoni can stand up for Angelica and has to learn how to do so for herself. I think so many relationships in Emoni’s life come with strings and complications, and this was one that was simply wholesome. The rock that doesn’t erode.

BTW: Another important aspect of this book is education. While Emoni largely teaches herself how to be a mother and how to cook, she struggles in the classroom and worries about not getting into college. Did you reflect on the national conversation regarding the state of education in the U.S. when you were writing this book?

EA: As a former middle school teacher, I’m always considering how schools and teachers are depicted in stories. But also, how different methods of learning are depicted by writers. Emoni is not a traditional learner. She is a kinesthetic learner who needs to do in order to understand. She’s someone who clearly has some educational needs like extra time and one-on-ones but she doesn't always know how to advocate for herself. I wanted to consider how many brilliant young people are told they are learning at a “basic” level simply because how they learn isn’t convenient or easy for measuring quantifiable results.

EA: My next novel, Clap When You Land, will be published in spring 2020. It is a dual narrative novel in verse about two girls who learn of each other, and discover that they are half-sisters, after their father's death in a plane crash. It’s a story of love, loss, and legacy, and I can’t wait to keep bringing bad-ass Afro-Latina heroines to independent bookstore shelves around the country.