A Most Successful Year for Left Bank Books

The past year was not only the most successful for St. Louis, Missouri’s Left Bank Books but also one of the most eventful in the store’s 46-year history.

In addition to starting their own publishing imprint, Mixed Messages Press, Left Bank co-owners and partners Kris Kleindienst and Jarek Steele closed the bookstore’s downtown location and redirected resources back to the flagship store while continuing a number of literacy initiatives and supporting the local community during last summer’s racial turmoil in nearby Ferguson.

In March, Steele commented on Left Bank’s whirlwind year, which saw the store shortlisted for both the Publishers Weekly Bookstore of the Year Award and the WNBA Pannell Award. 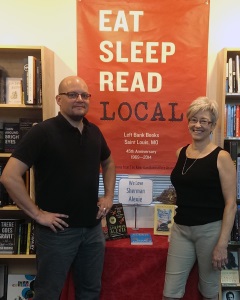 “This past year has been transformative,” said Steele, who has been at Left Bank for the past 13 years. “Our bookstore has gone from making an indescribably painful decision to leave downtown, to physically transforming our store into what we dreamed it could be, to bearing witness to the epicenter of a new civil rights movement, to having a good year in spite of it all because of the outstanding work of our staff and breathtakingly touching loyalty of our customers.”

In spring 2014, Kleindienst and Steele closed Left Bank’s downtown location, which had been operating since 2008. After making the decision to economize by reducing their business’ footprint, they moved all operations to their flagship store in the city’s Central West End neighborhood, and the result “was truly astonishing,” said Kleindienst.

“We had a phenomenal Christmas. Our business in December was up 40 percent over last December, and that figure was over what we had done in both stores combined the previous September. So however you measure it, it was growth. By reducing our footprint back to our Central West End home base, we became a lot more efficient. But [with all these changes], nothing really slowed down. We still did over 250 author events this past year.”

Although Left Bank had been supporting a store “that wasn’t making it” during the first five months of 2014, Kleindienst said, “We had our biggest year ever in the history of the store…. This was at the same time we started our own press, and we also did a lot of infrastructure improvements to our original store. It was all really positive; [shuttering the downtown store] was a really smart business decision.” 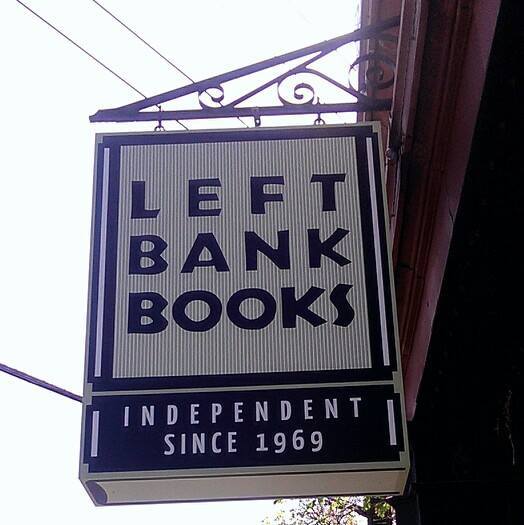 While Left Bank’s reorganization process was still ongoing, August 2014 brought massive protests and unrest in nearby Ferguson in the wake of the shooting of African American teenager Michael Brown by white police officer Darren Wilson. After attending many of the early protests, Left Bank’s owners and staff developed the #FergusonReads monthly reading group to give the community a place to come together to read and discuss literary and historical works on race and the Civil Rights Movement.

The store compiled the #BlackLivesMatter reading list, which features books such as Ralph Ellison’s Invisible Man, James Baldwin’s The Fire Next Time, and Jesmyn Ward’s Men We Reaped, for people interested in learning about the racial context informing current circumstances.

“Ferguson was a catalyst, and I see a reawakening of hope and determination in a lot of people who have traditionally been our customers, and it’s been really exciting to be part of that,” Kleindienst said. “Obviously that has also presented some challenges in terms of starting a press and in the middle of closing a store: it was like, how many more things can we do in one year? But it’s been a very fertile year for Left Bank in a lot of ways, and I’m not saying that lightly, because really serious, serious, terrible things have happened in our community. 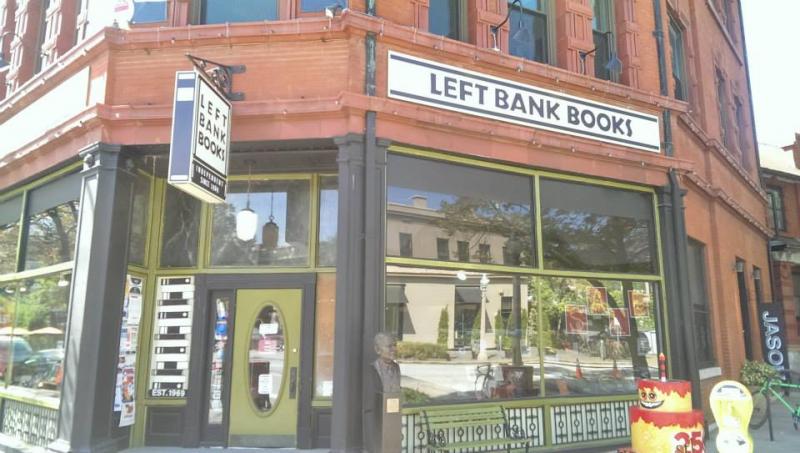 “What’s good is that people aren’t sitting down anymore and the media is paying attention and officials are paying attention [to these issues],” she continued. “That’s the kind of thing that Left Bank has always wanted to be part of and has supported.”

Amidst all of this turmoil and change, Left Bank succeeded in a new venture: establishing an imprint to publish high quality works of literary fiction and essays by St. Louis-area authors.

“It’s hard to start a new enterprise in the middle of an enterprise that takes all your time anyway, so it’s gone pretty slowly,” Kleindienst said. “But we’re very proud of the finished product.” 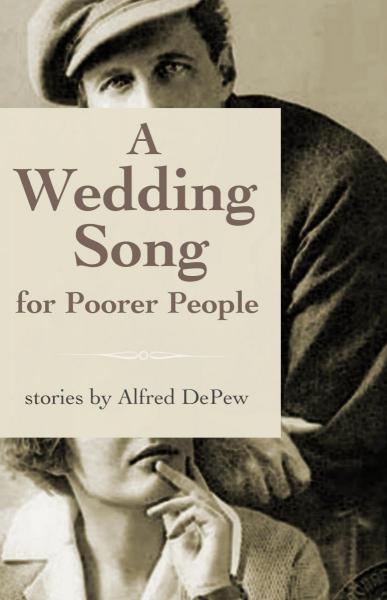 In November 2014, Kleindienst and Steele, who had been thinking about starting a publishing company for a long time, published A Wedding Song for Poorer People by Alfred DePew, a friend of the store who had been trying to find a publisher for the short story collection for 10 years, despite the fact that his first book won the University of Georgia Press’s Flannery O’Connor Award.

DePew, a St. Louis native who now lives in Vancouver, British Columbia, said he was on the verge of self-publishing when Kleindienst and Steele stepped in. This month, Kirkus Reviews praised A Wedding Song for Poorer People as “[a] diverse collection of rich and elegant tales.” The book, which is distributed by Ingram, was also recently named a LGBT adult fiction finalist for Foreword Review’s INDIEFAB Book of the Year Awards.

Kleindienst and Steele were “very involved in the work, even while running a bookstore and helping with what was going on in the community, and all the while moving toward a November pub date,” DePew said. “The book launch was about 10 days after the announcement of the grand jury decision [regarding Officer Darren Wilson]. Everything was just sort of conspiring to make this the most difficult process, but it also speaks to the kind of perseverance that is necessary for independent booksellers and independent publishers to do what they do.” 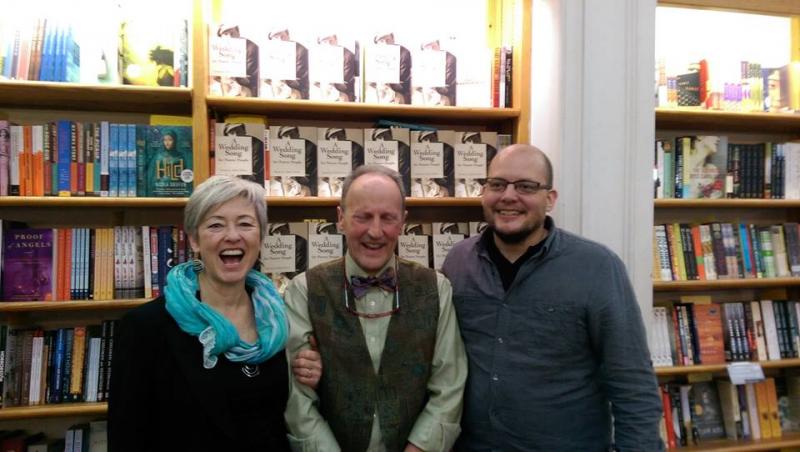 In addition to everything else that Kleindienst and Steele were doing in 2014, the store continued its community literacy programs. This holiday season, the store’s annual Angel Tree Book Drive event donated books to all 326 Airport Elementary School students in the Ferguson-Florissant School District. Through its nonprofit Left Bank Books Foundation, the store also funds River City Readers, which raises money from sponsors to buy books for area public school kids in impoverished areas who are then allowed to keep them.

Kleindienst, who was in Washington, D.C., this week to attend the Small Business Majority’s Small Business Leadership Summit along with booksellers from four other ABA stores, said she regularly receives amazing, touching thank you notes from the mostly grade school students whose classes take part in the River City Readers program.

“This is what bookstores do. We serve our communities. That’s all Left Bank really has ever tried to do,” Kleindienst said. “But there is a lot of room for creativity and a lot of room for stores to find their own unique ways of doing it.”