A Q&A With Fredrik Backman, Author of September’s #1 Indie Next List Pick

Independent booksellers across the country have chosen Anxious People by Fredrik Backman (Atria Books) as their number-one pick for the September 2020 Indie Next List. 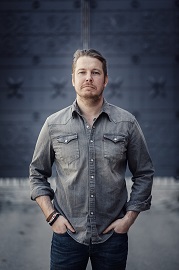 Backman’s latest book follows a group of eight strangers who are viewing an apartment when a failed bank robber bursts in and takes them all hostage. Stuck in an unexpected situation, these strangers find they have more in common than they ever could have imagined.

“This book made me feel all the feels! It was sad, it was funny, it was hopeful, it was everything,” said Lisa Driban of Hockessin BookShelf in Hockessin, Delaware. “The character development is incredible at revealing what’s inside each of the characters, and the way their stories link and interconnect is genius. It’s a story about sadness and hope and human connections. I couldn’t put it down and barreled to the end, but now I am sad it’s over. Anxious People is truly the best thing I’ve read in a long time!”

Here, Bookselling This Week and Backman discuss his writing process. 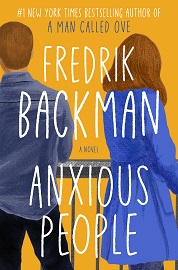 Fredrik Backman: My usual process is that I have 10 ideas in my head at any given time. Seven of them are really bad or not thought through and three have some potential, maybe. So when I’ve figured out which three that is, which in itself is a process that can take a long time and a lot of weird writing that amounts to absolutely nothing, they often melt together into one hopefully decent idea. In the case of Anxious People, I had a few themes I wanted to write about: The first was how ordinary people live with ordinary anxiety. Not rock stars or presidents or astronauts, but just...people. How a group of strangers would share that feeling of waking up and noticing that everybody else in the whole damn world seems to know what the hell they’re doing all the time except for me. The second thing I wanted to do was to write a straightforward comedy about a hostage situation at an open house, because my wife and I were going around looking at new apartments a couple of years ago, and after we’d looked at 20 or 30 of them, I guess my mind wandered and I started looking at the people going in and out instead. The thing is that everyone at these things, including me, are on edge and annoyed and stressed out and a little rude, because we’re all kind of enemies and competitors for the same home here. And I remember thinking: This would be a great setting for a hostage situation. The third thing I wanted to do was try to write a kind of classic “locked-room mystery” and the police investigation afterwards trying to find out what happened. And so...here we are. It got out of hand.

BTW: Anxious People features an ensemble cast, rather than one or two main characters. How did you craft their dynamic? Did any of the characters come to you before others?

FB: I don’t exactly remember at what point each and every one turned up in my head. The robber/hostage taker was probably the first character I thought about but the last one I really figured out the inner emotions of. The robber had a purpose but no personality, so to speak. Anna-Lena, one of the hostages, is, on the contrary, the first character whose emotions I really knew and understood, but it wasn’t until I was deep into writing the story that I figured out her real purpose in it.

My usual process is that I start out with way more characters than the story really needs, or can even cope with, and the longer I write the more of these characters will disappear until only the ones I truly believe in and care about are still there. It’s not a matter of finding “good” or “bad” characters; to me it’s not even a matter of finding “believable” characters. The only thing I care about is if I’m feeling something for them. If I don’t care, you won’t either. So the ones that I can’t get out of my head, the ones I feel like I have met and understand and whose stories are really getting to me, they’re the only ones who make it into the book. They can’t stay characters to me; they have to become people. I have to want to defend them. And if the question is “How do you craft characters?” I think my only answer is: through their relationships. Who is this person in other people’s eyes? Who was hurt by this person and how? Who is laughing with this person? Who loves this person? In Anxious People, everyone is described first and foremost by their relationship with others, I think.

BTW: The narrative works around the truth in a lot of ways, with characters sharing their own perspective in a way that obfuscates what’s actually happening. It reminds me of the way anxious thoughts and assumptions can sometimes control the way we evaluate the world around us. Did you want to evoke that feeling with the structure of your book?

FB: Honestly: No. I never thought about it quite like that. But, of course, the point of telling the story the way I did, with describing something that happens from different people’s viewpoints, was to keep the reader guessing what actually took place. I think that idea came in part from a discussion I had with a friend who has three siblings. She said, “In a big family, one sibling often becomes the official storyteller, and the way that sibling remembers an event becomes the official family story and everyone else just adapts.” It wasn’t until she was an adult and went to therapy and started talking about her childhood that she realized “Oh, wait, that wasn’t what happened at ALL!” She had just heard the story at the dinner table a million times and her mind kind of decided to choose to remember the story over the actual memory. I tried to use that in the way these people tell the story about the hostage situation in the novel: Sometimes it feels like we’ve SEEN something happen, when in fact all that’s happened is that someone TOLD us about it.

BTW: This book really asks readers to challenge their assumptions about the people around them, which is a theme that comes up often in your work. What draws you to this idea?

FB: I’m interested in people who seem uncomplicated and ordinary but are in fact incredibly complex, I guess. Much more so than the people who go out of their way to seem special and original, but are actually the very opposite.

BTW:  As the story progresses, the narrator is deciding what exactly the book is about, saying that it’s about a man standing on a bridge and it isn’t. Did you feel this way while writing?

FB: Well, it goes back to one of your first questions: This was three different ideas for novels that melted into one. Since one of the ideas was to write a “locked-room mystery” it was useful to go back and forth, telling the reader what kind of story they’re really reading, since this is a way of using smoke and mirrors. If I distract you enough with the emotions of the people in the room, you might not figure out what I’m doing in the background.

BTW:  This story explores the differences between generations, in addition to an in-depth conversation about parenting and what being a good parent means. Is any of this informed by your own experiences?

FB: I don’t really know how to write anything without using my own experiences. The only way I know how to connect to another person who’s in all other ways different from myself is to find one basic feeling that we have in common: it might be loneliness, it might be anger, it might be the fact that we both love our kids. Whatever it is, that’s where I start.

BTW:  Is there any one thing you hope readers take away from this book?

FB: That’s entirely up to the reader. I just tell stories. As soon as the book is in your hands, it belongs to you. Your feelings about it, good or bad, are your own. And if you at least don’t feel like it was a total waste of time at the end…that’s good enough for me.