A Q&A With Kate Elizabeth Russell, Author of March’s #1 Indie Next List Pick

Independent booksellers across the country have chosen My Dark Vanessa by Kate Elizabeth Russell (William Morrow) as their number-one pick for the March 2020 Indie Next List. 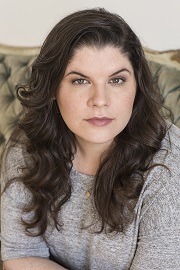 Russell’s novel explores the psychological impact of the relationship between 15-year-old Vanessa Wye and her high school English teacher; it alternates between the relationship’s start in 2002 and her life in 2017, when the #MeToo movement was reaching its peak.

“In this gripping debut novel, a teenage girl falls into an affair with her English teacher, who is 30 years her senior,” said Luisa Barbano of Oblong Books and Music in Millerton, New York. “The voice of Vanessa, the narrator, is unparalleled in its honesty, and her emotions are fiercely conveyed with unrelenting realness. This novel is a timely and important read, sometimes difficult, but ultimately an unforgettable experience. You will be left astonished and transformed. Vanessa is formidable and so is her story; you won’t be able to put down this powerhouse of a novel.”

Here, Bookselling This Week talks with Russell about how she crafted the book.

Kate Elizabeth Russell: I first read Lolita when I was 14 and completely fell in love. I’d been writing stories for as long as I could remember, and Lolita was the first novel that really broke my mind open as an aspiring writer. It made me see new possibilities of language and story. But as a 14-year-old girl, I also saw the novel as a kind of reflection — of myself and the world I lived in. I began to notice all the ways the Lolita archetype was embedded into our culture, how girls like me and my friends were relentlessly sexualized, how prevalent the teenage seductress trope was in movies and pop music, how men my dad’s age would joke about “countdowns” to when underage celebrities like Britney Spears turned 18. Everyone seemed to accept that it was perfectly normal for grown men to sexualize girls. I was interested in looking at how girls were meant to respond to that sexualization.

BTW: Did you begin writing this book before the #MeToo movement gained momentum in 2017?

KER: I began working on what would become My Dark Vanessa when I was a teenager, so the writing process was very long and meandering, and over the years the novel took many different forms. During my MFA program, I experimented with writing from points of view other than Vanessa, based on feedback I received in workshops. It was over the course of my PhD program that the final version of My Dark Vanessa took shape, and in late 2017, when #MeToo came into our cultural consciousness, I was finishing up the novel’s present-day plotline of another student coming forward to accuse the teacher character. It was a surreal experience to have the real world align so closely with what I was writing.

BTW: How did you create Vanessa’s character? 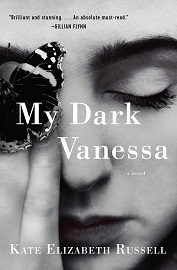 KER: Vanessa has always been the heart of the novel. She’s a character who arrived fully formed in my mind. While writing the book, I sometimes would joke that it felt as though Vanessa created me rather than the other way around — she was just such an incredible force. Fine-tuning her was a continuous process of putting her in different situations and tweaking the circumstances of her life, but she has always been resolutely Vanessa.

KER: To a certain extent, I think you have to acknowledge Lolita if you’re working with the trope of a girl becoming sexually involved with an older man, because Lolita is bigger than just a novel; it’s an archetype deeply embedded into our culture. That said, Lolita is also important to me on a personal level. It helped shape me as a writer; it was my entry point into this story; it hovered over me throughout the entire writing process of My Dark Vanessa. So bringing in Lolita felt very natural in that regard.

BTW: The book’s structure, which alternates between past and present, gives readers the sensation of simultaneously existing in both narratives, a significant symptom of living with trauma. Was this a conscious choice, or did it organically grow with the rest of the story?

KER: It was by studying trauma theory — specifically how symptoms of post-traumatic stress are rendered on the page — that made me realize a straightforward, chronological narrative wouldn’t work for this novel. On a psychological level, adult Vanessa is often detached from the world around her, her brain stuck in traumatic memories and dissociative states even while she goes about her mundane, daily life. Teenage Vanessa, on the other hand, is consumed by the erratic emotions brought on by sexual abuse: giddiness, disgust, annoyance, despair. Both versions of her are equally important, and I wanted to make sure the reader always had a well-rounded idea of her in their minds, not just for the sake of her character, but to show the scope of sexual abuse — how it affects someone in the moment as well as many years later.

BTW: Social isolation is another important aspect of this book. Vanessa meets Strane at a particularly vulnerable point in her life — at a boarding school where she has no peers, or even trusted adults, that she can reach out to. Did you have any particular places or recent allegations in mind when creating the circumstances of this novel? Why a boarding school?

KER: I was absolutely influenced by the many news stories about sexual abuse at private schools that I came across while writing the novel, particularly the Boston Globe’s Spotlight report published in 2016, but the decision to set the novel at a boarding school was also something of a practical one. I kept getting stuck on the question of how Vanessa’s relationship with Strane would continue unfettered if she were coming home to her parents every day, and having her attend a boarding school where she didn’t quite fit in socially provided an effective answer to that question.

BTW: There’s also the complex relationship between Vanessa and Taylor Birch, one of Strane’s other victims. Why did you decide to put them at odds with one another?

KER: I’ve always been interested in “doubles” showing up in fiction. (A product, I’m sure, of having read so much Nabokov as a teen.) In that way, Taylor was conceived as Vanessa’s doppelganger, and in early drafts the two characters even bore a strong physical resemblance. Their psychologies, though, were always disparate. It was important for me that Vanessa and Taylor be at odds with each other. I wanted to show the complexity of victimhood, how two women who experienced abuse at the hands of the same man can still respond to the abuse in very different ways.

BTW: The book also features full scenes in Vanessa’s therapist’s office, where we see her process her trauma in real time. What would you hope readers take away from these scenes?

KER: On a craft level, I tried to use those scenes as a chance for Vanessa to reconstruct her narrative without Strane taking over. By putting Vanessa in a situation where she has to verbalize her emotions to another person — in this case her therapist, Ruby — she is forced to confront her own beliefs, which eventually leads to her defenses breaking down, a painful but necessary step toward growth. I hope readers find relief in those scenes, both for themselves and for Vanessa.

BTW: Is there any one thing you’d like readers to take away from the book as a whole?

KER: More than anything, I hope readers come away from the novel wanting to discuss it. My dream has always been to write a novel that gets people talking. I think fiction can be such an effective catalyst for self-reflection in that way: a conversation about a novel might start out focused on the characters, but then moves into a conversation about ourselves and our own experiences.