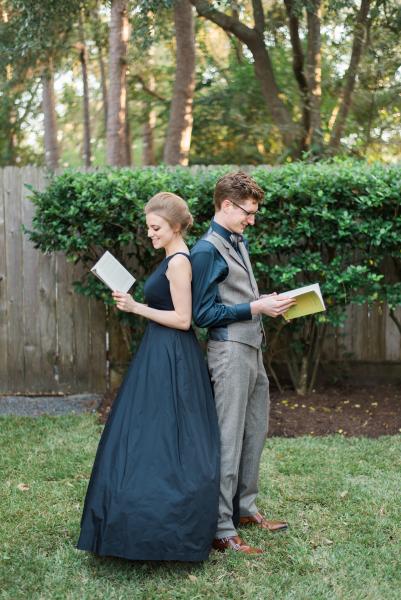 In this remote role, The Cats are working to develop and implement ABA’s social media plan while tracking and reporting on audience growth and analytics. In managing ABA’s accounts for Facebook, Twitter, and Instagram, and IndieBound’s accounts on Facebook and Twitter, their objective is to execute a strategy that benefits independent bookselling as a profession while amplifying content generated by individual bookseller members. They will also create content that resonates with ABA members, their customers, and consumers and promote ABA’s editorial, programming, and marketing initiatives.

Stevenson graduated from the University of Texas at Austin with a degree in English communication and German, and Nofz graduated from Evergreen State College in Washington State with a liberal arts degree focusing on art history. The two met while working at a social media startup in Austin when Nofz noticed Stevenson reading a copy of Born Standing Up by Steve Martin and offered to lend her Martin’s novellas, then loaned her another favorite, The Family Fang by Kevin Wilson.

The rest is history: Stevenson and Nofz got married and left the firm to start their own digital marketing company, which offers services for independent businesses, including digital content creation, photography, social media management, reputation management, and videography.

“The reason we were both working at that start-up in the first place was because they focused their services on independent local businesses and we were both really passionate about that,” said Stevenson, whose parents operate their own businesses.

Nofz told BTW that he began working at the startup in Austin due to his love for small, independent businesses. 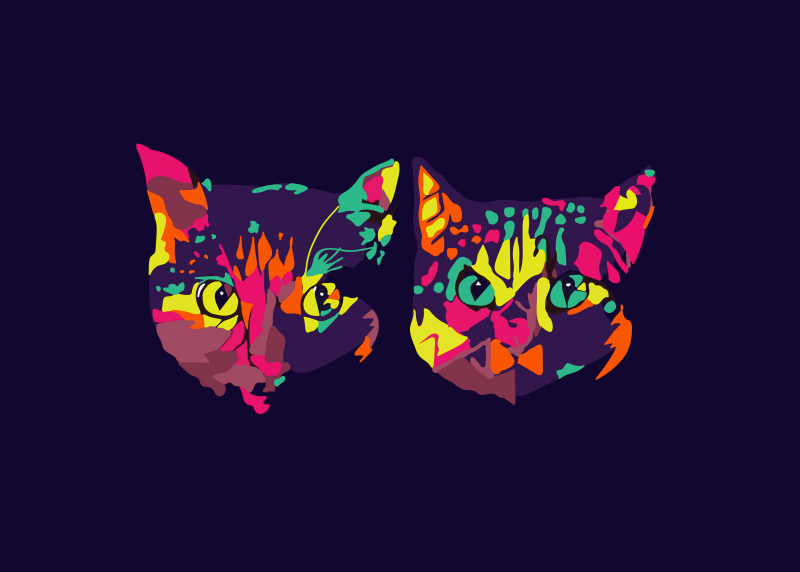 “I grew up in a very small town in rural Wisconsin, with only about 1,000 people. It was an environment with a lot of small businesses and local places, and those have been important to me throughout my life for that reason. Bookstores and books, in particular, are also very important to both of us,” said Nofz.

One of The Cats’ first clients was Houston’s Blue Willow Bookshop, which has seen a significant uptick in social engagement since they hired the company. The Cats told Bookselling This Week they had always wanted their business to be more bookstore-focused and they were happy to find out about the opportunity at ABA.

“To us, great social media tells a good story. The goal is to reach your followers with organic content that means something to them, and we hope to do that by telling stories,” said Stevenson. “We want to grow ABA’s audience organically, and we want folks who follow ABA and IndieBound to know that these platforms are a strong place to discover indie bookstore news and to share what is going on in their specific stores.”

One of The Cats’ key social media objectives for ABA is working on reviving the association’s Instagram page, where they recently highlighted Prime Numbers: Amazon and American Communities, the newly released study from Civic Economics and ABA, with this statistics video. They are also beginning to post articles from Bookselling This Week on ABA’s social media channels on a more regular basis. Going forward, The Cats also plan to push the stories of independent bookstores out into the world by introducing a profile series featuring interviews and photographs of bookstore owners, booksellers, and longtime patrons.

“We’re really passionate about bringing the human element into promotions,” said Stevenson. “We envision doing something fairly similar to what Humans of New York does — taking a photo of the person and then telling a snippet of their story. We think that could be really powerful in putting a human face to these indie bookstores that are making such a difference in their communities.”

“By doing that, we’re hoping over time that a picture will start to emerge of the incredible diversity of independent bookstores around the country,” added Nofz. “I think that’s one of their greatest strengths, because no two are alike. We’re also quite excited to go and meet some ABA members.”

The Cats will be present at this year’s BookExpo and Children’s Institute to meet with booksellers and are also planning a few road trips of their own to check out member bookstores in communities across the country.

The Cats are asking booksellers who would like to share photos, news, or information with them to send an e-mail to thecats@twocatscomm.com or socialmedia@bookweb.org, or tag ABA or IndieBound in their posts.