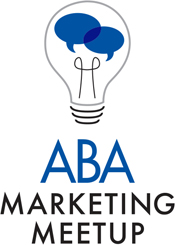 Messamore discussed Watermark’s most recent social media influencer campaign, for which they partnered with author Ally Carter. Carter provided Watermark with exclusive signed copies of Dear Ally, How Do You Write a Book? (Scholastic), which she promoted across each of her social media platforms. “Indie booksellers are uniquely positioned to leverage influencer marketing,” Messamore said, “because our best influencers are authors and they have a vested interest in the product.”

“The biggest reason that we use the influencers that we do is that they come with their own followers that already know and trust them,” she added. “Some of the influencers we’ve worked with are authors, but we also partner with local nonprofits and businesses.”

Bernard said that Norwich Bookstore urged two of its former booksellers, both named Lisa, to host a radio show about books. That idea morphed into what is now The Book Jam, a blog that posts short-form author interviews in addition to other book-related content on a regular basis. The Book Jam promotes Norwich Bookstore to its readers by making sure to link the books they feature to the store; they also post Norwich’s staff picks about twice a year.

In return, Norwich links to The Book Jam on its store website, and the bloggers are given a generous “thank you” discount as well as access to ARCs the store receives. In addition to their work with Norwich, the bloggers also help promote events and programs within the community, Bernard added, which includes raising funds for the local library. “It’s a win-win-win situation for the community and our store.”

For Independent Bookstore Day a few years ago, Chester County Book Company in West Chester, Pennsylvania, also worked with local bloggers. The store was having difficulty selling young adult titles, despite the genre’s popularity on social media, Thatcher said, so the store decided to reach out to two local bloggers, who curated a special display comprised of 10 recently published YA titles; the bloggers posted the display on each of their blogs, which became content Chester County Book Company could use to promote Independent Bookstore Day.

“I think it helped get their friends into the store, which is great,” Thatcher said. While she wasn’t sure if they saw a huge bump in the sales of those specific titles, the posts did seem to generate interest and provide pre-created content for the store to post, which was a big advantage, as pre-created content can help take the pressure off booksellers who manage social media.

“I always like to think of the local influencer, but I think we can think about the global influencer, too,” Thatcher added, noting that stores should pay attention to who is posting about their store, even if it’s “a fancy blogger in California” posting about a store in the suburbs of Philadelphia. “I would say the reason we care is...when we grow our following on Instagram or [other platforms], that looks good to the publishers we are applying to get the larger authors [for events].”

If a bookseller’s goal is to get big-name authors for their store, Thatcher continued, growing the store’s social media following can be helpful. She added that another way booksellers can work with bigger influencers is by building relationships with websites like Belletrist, which features a different independent bookstore every month, and lifestyle bloggers/influencers like Carly Heitlinger, who tend to post what they’re reading as well as which stores they buy their books from.

Libro.fm has recently made a concentrated effort to work with influencers, said Romero, which has caused a big bump in the company’s follower count on social media. To further the growth of its social media, the store has created an influencer program to streamline the process.

Last year, for Independent Bookstore Day, Libro.fm asked its influencer partners to all post the same week to create an impact, said Romero. “We know word of mouth is so important to selling books,” she added, “[and] we know that social proof of someone sharing your product has a lot of impact, even if it’s a paid promotion or paid with product. Those are things that we know and we were seeing it work in terms of driving membership.”

Romero said that Libro.fm found influencers by seeing who had the top posts for certain hashtags, like #audiobook and #audiobookstagram, as well as seeing which sites influencers, such as Buzzfeed Books, were following.

Currently, Libro.fm has 31 members in its Listening Squad influencer program with hopes to grow in the future, said Romero. Members get 12 free audiobooks a year, three prizes to give away to their community yearly, and personalized promotional materials. In return, members must post about what they’re listening to once a month, in addition to participating in four big campaigns throughout the year.

“A lot of people feel connected to their indie bookstores, and I think we may be able to work with some people we wouldn’t have worked with otherwise if it weren’t for that personal connection,” said Romero.

Booksellers who would like to participate in the next 30-minute Marketing Meetup, which will be held on April 25 and be the first Marketing Meetup in the IngramSpark series, can send an online request. All ABA members are invited to join. Meetups are held at 11:00 a.m. EST on two Thursdays a month.